Welcome to December, 2017 edition of Carnival of Blogs on Golden Era of Hindi Film Music.

December, 2017 in any case has several anniversary / birth dates of people connected with HFM.

This month, Shashi Kapoor bade farewell to this mundane world. That would have led to Muhammad Rafi’s birthday, in the presence of Shashi Kapoor in the heaven. The first time it happened in Yeh Dil Kisko Doon (music : Iqbal Qureshi, Lyrics: Qamar Jalalabadi) in 1963,  a black and white film by K Mishra, that had over half a dozen songs from Mohammad Rafi. Here are the duets:

I have recalled the solos at the end of the present post.

Here are some other tributes to Shashi Kapoor:

Some other December tributes:

The Many Moods of Dilip Kumar – He was a fantastic actor, a man who was equally good at comedy and romance (if you don’t believe me, just watch Beimaan tore nainwa from Tarana) as he excelled at the intense, angst-ridden characters he so often played.

Remembering Meena Kapoor, who passed away on 23rd of November 2017. Meena’s last playback singing was for the movie ‘Chhoti Chhoti Baatein’ that was released in 1965 and was also Anil da’s last film as a music director.

Chalte Chalte Mere Yeh Geet Yaad Rakhna: Bappi Lahiri’s Melodious Hits – On 27th November this year Bappi da turns 65. Also, with his first film, Nanha Shikari, released in 1973, he has completed 45 years in this industry as a music director. Peeyush Sharma takes us on a trip down his memorable songs.

Who is Mirza Ghalib, featured on today’s Google Doodle? 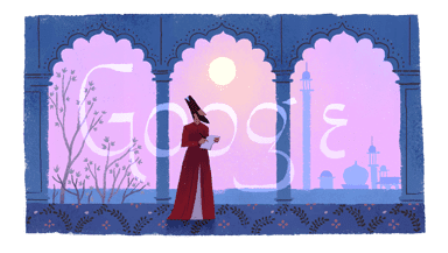 Here are some more posts on this occasion:

Mohammad Rafi has a special place in December on this blog:

We have two parts episode of Fading Memories, Unforgettable Songs for December, 2017 in the memory of Mohammad Rafi. In the series of articles featuring Mohammad Rafi’s Solo Song from FIRST film with the Music Director, we have covered years 1952-1953, after having covered years 1950-1951 earlier this month and year 1949 earlier this year of the 2nd five-year-slot of 1949 to 1953.

And, now the posts on other subjects:

My Favourite Lullaby Songs – one of the first popular lullby songs from a Hindi movie is ‘So Ja Rajkumari So Ja‘ sung by K L Saigal from Zindagi-1940 (Music by Pankaj Malik). The song is still considered to be an ultimate lori

Raj Kapoor: ‘I dream cinema, I breathe cinema and I live cinema’ – Ritu Nanda – An excerpt from a compilation of writings by and about the legendary actor and filmmaker.

Beauties bond over baubles in ‘Mann Kyun Behka’ from ‘Utsav’ – Nandini Ramnath – Rekha and Anuradha Patel are visions to behold in the Laxmikant-Pyarelal song from Girish Karnad’s movie.

Ten of my favourite ‘Unusual Singer’ songs, which means:

(b) and unusual because the actor in question is a well-known face, but doesn’t usually lip-sync to songs.

We have placed the articles paying tributes to Mohammad Rafi in the space for the tributes here before in the present article. So we will take up two songs of Mohammad Rafi, form the first film he played back solo for Shashi Kapoor to begin the end of the article:

‘The Christmas Celebration in Hindi Films’ picks up the rare, ddelightful Christian characters, which always brought a smile on our lips.

On that note of festive smile, I wish you all a very HAPPY & PRPOSPEROUS 2018 that keeps providing rich music to your Life.