People with less skill have less meta cognitive ability, which is necessary to induce awareness about their incompetence. Moreover, without certain minimum expertise, it is hard to perform well. Also, it is hard to know that you are under-performing unless you have the expertise. This double curse of being unskilled and unaware makes the less competent overestimate their competency,

This is known as Dunning Kruger Effect, named after the researchers David Dunning and Justin Kruger in their 1999 study “Unskilled and Unaware of It: How Difficulties in Recognizing One’s Own Incompetence Lead to Inflated Self-Assessments”.

Graphically it can be described as

The complete article from Britannica is reproduced here below for a comprehensive discussion of the subject[1]:

“Dunning-Kruger effect, in psychology, is a cognitive bias whereby people with limited knowledge or competence in a given intellectual or social domain greatly overestimate their own knowledge or competence in that domain relative to objective criteria or to the performance of their peers or of people in general. According to the researchers for whom it is named, psychologists David Dunning and Justin Kruger, the effect is explained by the fact that the metacognitive ability to recognize deficiencies in one’s own knowledge or competence requires that one possess at least a minimum level of the same kind of knowledge or competence, which those who exhibit the effect have not attained. Because they are unaware of their deficiencies, such people generally assume that they are not deficient, in keeping with the tendency of most people to “choose what they think is the most reasonable and optimal option.” Although not scientifically explored until the late 20th century, the phenomenon is familiar from ordinary life, and it has long been attested in common sayings—e.g., “A little knowledge is a dangerous thing”—and in observations by writers and wits through the ages—e.g., “Ignorance more frequently begets confidence than does knowledge” (Charles Darwin).

“In the studies reported on in their paper “Unskilled and Unaware of It: How Difficulties in Recognizing One’s Own Incompetence Lead to Inflated Self-Assessments” (1999), Dunning and Kruger tested the abilities of four groups of young adults in three domains: humour, logic (reasoning), and grammar. The results supported their predictions that, as compared with their more competent peers, “incompetent individuals…will dramatically overestimate their ability and performance relative to objective criteria”; that they “will be less able…to recognize competence when they see it” (whether their own or someone else’s); that they “will be less able…to gain insight into their true level of performance” by comparing their own performance with that of others; and, paradoxically, that they can improve their ability to recognize their own incompetence by becoming more competent, “thus providing them[selves] the metacognitive skills necessary to be able to realize that they have performed poorly.”

“Dunning and Kruger emphasized that the effect they had identified does not imply that people always overestimate their own knowledge or competence. Whether they do so depends in part on the domain in which they evaluate themselves (most golfers do not believe that they are better at golf than Tiger Woods) and whether they possess “a minimal threshold of knowledge, theory, or experience” that, given the effect, would lead them to the false belief that they are knowledgeable or competent. Nor does the effect imply that motivational biases and other factors do not also play a role in producing inflated self-assessments among incompetent people.

“Later investigations of the Dunning-Kruger effect explored its influence in a variety of other domains, including business, medicine, and politics. For example, a study published in 2018 indicated that Americans who know relatively little about politics and government are more likely than other Americans to overestimate their knowledge of those topics. Moreover, according to the study, that tendency seems to be more pronounced in partisan contexts in which people consciously think of themselves as supporters of one or the other (Republican or Democratic) major political party.”

Knowing how our skills stack up against others is useful in many ways. But psychological research suggests that we’re not very good at evaluating ourselves accurately. In fact, we frequently overestimate our own abilities. David Dunning describes the Dunning-Kruger effect @ Why incompetent people think they’re amazing?

To learn how this comes about and what one can do to avoid it from happening to you, please watch The Dunning Kruger Effect –

The opposite of the Dunning-Kruger Effect is the Impostor Syndrome. This is a cognitive bias where someone is unable to acknowledge his or her own competence. In spite of numerous instances of success, they are unable to attribute this success to internal factors. Instead, they externalize the reasons for their competence and attribute it to luck, timing or even deceit. 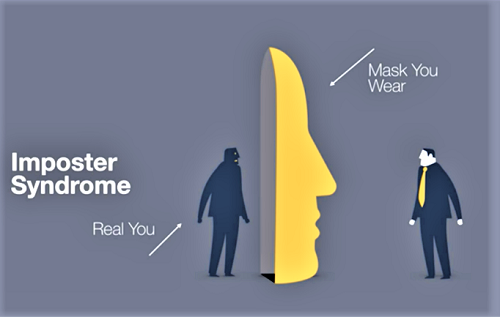 The False-Consensus Effect could also be seen as an opposite of the Dunning-Kruger Effect. This is a cognitive bias wherein people believe their own behavior and choices are relatively common in comparison to others. They tend to overestimate the prevalence of the behavior in other people, as well as other people’s abilities in comparison to theirs. You could call it unknowingly modest.

Dunning and Kruger also have acknowledged this aspect during the course of their original 1999 study. They mentioned that “across the four sets of studies, participants in the top quartile tended to underestimate their ability and test performance relative to their peers.”

Put simply, incompetence results in overconfidence and extreme competence results in overly modest behaviour. Luckily there is a way around these biases, and it is called meta-cognition, what psychologists call “the knowledge about your own thought processes and the ability to understand your own cognition.” This refers to the ability to think about your own thinking. It is one of the skills that make the human a dominant race, since we can reflect on thoughts and change them consequently.

The typical approach to overcome these biases is contained in the following simple steps:

Note: You Tube has several videos on Impostor Syndrome: Here are a few representative ones that may help to understand the effect and also tell us how to overcome it.

We suffer – needlessly – from The Impostor Syndrome.

Former U.S. first lady Michelle Obama …. urged girls to resist the “imposter syndrome” she had felt on the way up and fight men for power….

Impostor syndrome, or “impostor phenomenon,” is a term that was first used in 1978 by psychologists Pauline Clance and Suzanne Imes to describe why many high-achieving people felt like impostors in their respective fields.

Do you have Impostor Syndrome … too? | Phil McKinney | TEDxBoulder

The Surprising Solution to the Imposter Syndrome | Lou Solomon | TEDxCharlotte

[2] What is the Dunning-Kruger effect, and how to overcome it? by Maarten Bosten