Welcome to Sptember 2021 edition of IXth Volume of Carnival of Blogs on Golden Era of Hindi Film Music.

We straight away move on to other tributes and memories this month.

The year 1971 was a glorious year for Indian cinema — it was the year classics such as Anand, Kati Patang and Mera Gaon, Mera Desh came out. It was also the year Guddi was released, which marked the debut of Jaya Bachchan, a coming-of-age story, and one of India’s best ‘fan films’

‘If Raj Uncle Liked a Song, He Would Give Baba a Gold Coin’: Amla Shailendra Remembers Her Father ‘Kaviraj’ Shailendra – Amla Shailendra Mazumdar, the daughter of ‘Kaviraj’ Shailendra, in conversation with Antara Nanda Mondal, dives deep into his amazing repertoire of songs and a treasure chest of memories to understand the person behind the poet – a loving tribute to the legendary poet-lyricist on his birth anniversary.

Documentary on writer, poet and lyricist Gopaldas Neeraj is out on YouTube – The Films Division production, directed by Gurbir S Grewal, features an interview with Neeraj, who died in 2018.

‘Raj Kapoor told me to say Prem naam hai mera, Prem Chopra’: Bollywood’s iconic villain on his innings – Komal RJ Panchal – As Prem Chopra turns 86 (on 23 September, 2021), the veteran actor speaks about how Raj Kapoor gave him his memorable dialogue, the way negative roles impacted his life and how the villain gradually died out of Hindi cinema.

‘Khushboo’ — how Gulzar captured a strong woman who loves but won’t be a pushover – Unnati Sharma -At a time when women did not have much say in a lot of matters, especially when it came to relationships & matrimony, ‘Khushboo’ is a story of a woman exercising her choice. Based on Bengali novelist Sarat Chandra Chattopadhyay’s — it is his 145th birth anniversary on 15 September — novel, Panditmoshai, Khushboo is set in a village.

Shabana Azmi: The most versatile actor in Hindi film industry who should be celebrated even more –  On Shabana Azmi’s 71st birthday, Sampada Sharma revisits her unique choices which balanced mainstream, as well as indie cinema perfectly.

The Greats: Rishi Kapoor is a memory call on his birthday in the form of list of some the Rishi Kapoor performances

Skateistan in Afghanistan – Films and Videos Documenting an Era Now Lost – Skateistan, is an international non-profit project that was originally started in Kabul in 2007 to encourage and teach skateboarding to children in Afghanistan, with a special concern about bringing in girls[1].….. Probably the best place to start would be a British-made documentary that won an Oscar/Academy award in 2020 –  Learning to Skateboard in a Warzone (if you’re a girl)….. “Faranas’ Story” does not contain a lot of skateboard moves, but like the award-winning documentary, it does contain a lot of very moving observations (on the part of this girl) and speculation about the future that can be a bit heart-wrenching when looked at from the present moment.

September 2021 episode of Fading Memories, Unforgettable Songs takes up Shankar) Jaikishan and Hasrat Jaipuri’s Songs Fading From the Memory: 1962. Till now we have covered

Here is a collection of some vintage photographs, posted on BollywooDirect: 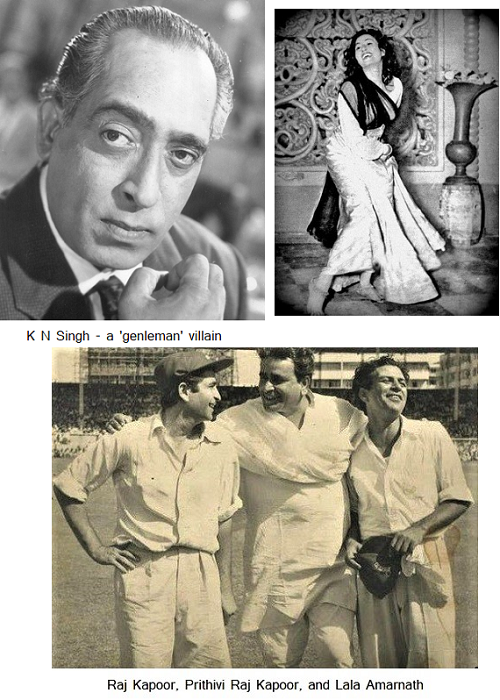 We now move on to posts on other subjects –

A dramatisation of the life and works of the writer Premchand – The Films Division documentary has been directed by PC Sharma and written by him and Madan Gopal.

One Movie, Many Lyricists lists ten movies where there are four or more lyricists penning songs

Why filmmaking for Shyam Benegal is both ‘a microscope and a telescope’ – Nandini Ramnath  – Retirement is the last thing on the mind of the 86-year-old director, who is working on a Sheikh Mujibur Rahman biopic.

How Zohra Segal, 48-year-old mother of two, reinvented herself in London – Ritu Menon  – Edited excerpts from a biography, Zohra! A Biography in Four Acts, reveal how the actor and dancer bounced back from her husband Kameshwar Segal’s death.

Zeenat Aman elated over Apple phone using her ‘Dum Maro Dum’ in their international ad But …. not sure Dev Saab would have approved of what Apple has done to Dum Maro Dum. In 2011, when Rohan Sippy & Pritam made a revamped version of it, Dev Saab was so angry. “This is sheer desecration.” he had said. {Here is the Apple i13 phone ad referred to here.]

Boat Songs – Part I focused on the songs that had only the couple on the boat. Now, Part II takes songs with three or more, but not more than five or six people. Excluded here are the songs sung by the boatman or if the boat carrying the singing character is part of the group of boats..

The Paper, Ink and Pen Songs are ten songs that refer to writing equipment in the mukhda. The focus of this post is not letter writing. Thus, the reference to letter writing is purely incidental in some songs. The spotlight is on the ink, the surface chosen to write, the stylus/pen and in a song or two, the scribe.

Micro View of Best Songs of 1944 @SoY continued with  Female Solo Songs this month too with Shamshad Begum, Sitara, Leela Chitnis ,   ,Nirmala Devi and other singers, Noor Jehan  and some more other singers.

SoY has presented Best songs of 1944: Wrap Up 3 for the wrap up on duets for 1944. The three duets jointly adjudged as Best for The Year are:

In continuation to our tradition of ending the post with a few songs of Mohammad Rafi, each one of which basically has a link with the topics discussed in the present post.

I look forward to your inputs to enrich the contents of Carnival of Blogs on Golden Era of Hindi Film Music.

[1] Skateboarding in Afghanistan | Oliver Percovich – The founder of Skateistan | TEDxSydney