During its four-decade run, from the late 1930s to early 1970s, as one of the world’s premier weekly magazines, LIFE covered an utterly dizzying array of people and events. Best-known, of course, for its photographs and articles on World War II, the Space Race, the Vietnam War, Camelot, pop-culture icons like Marilyn Monroe and Sinatra and other major issues and world figures, from the very first LIFE also opened its pages to coverage of science and technology.

Staff photographers like Fritz Goro, Andreas Feininger, Yale Joel, J.R. Eyerman and others were justly celebrated for finding new and creative ways to illustrate the often-esoteric breakthroughs — and the scientists and engineers — transforming the world in the middle part of the last century. Often the magazine’s treatment of these issues and people was unreservedly admiring; at other times, LIFE cast a more skeptical eye on new developments, inventions and areas of research. But no matter how wry or laudatory its voice, the magazine’s ability to bring seemingly “unphotographable” concepts to light always helped to further the conversation around everything from space travel and atomic energy to the minuscule workings of human cells.

Here, LIFE.com presents a selection of photographs by some of history’s most innovative photographers — pictures that encompass the bizarre, heady and often beautiful worlds of science and technology as seen in the pages of LIFE.

Here are some of these photographs: 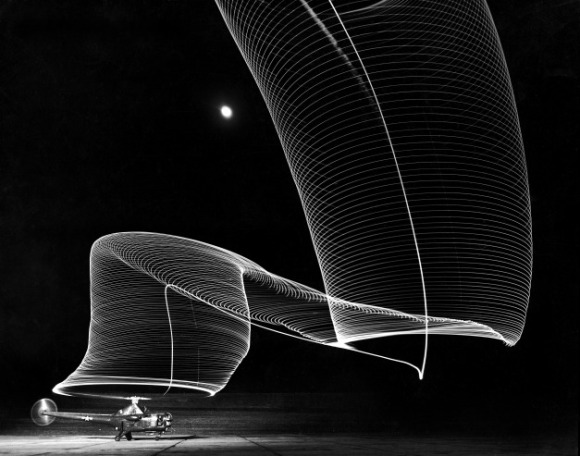 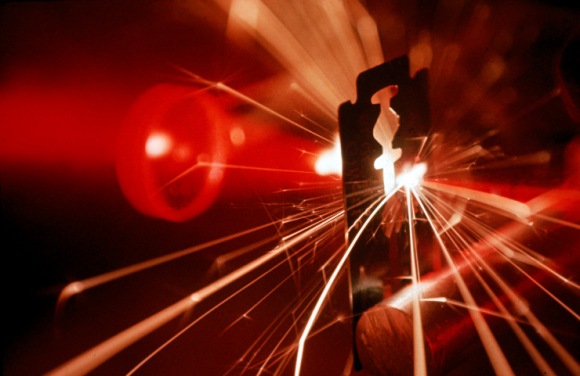 These covers provide as strong and as varied a sampling as one is likely to find of 10 pictures that capture the very best of LIFE through the years. 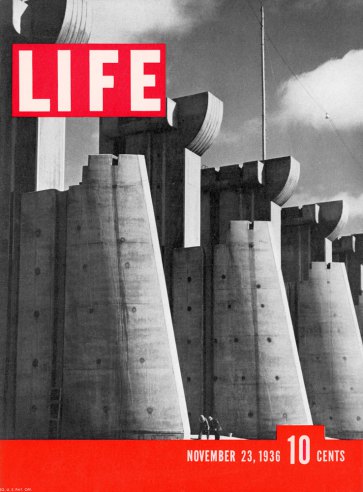 November 2013 marks the half century of one of the most epochal event of the last century – Assassination of President John F Kennedy. Here are some more stories on JFK in LIFE.

LIFE With JFK: Classic Portraits of a Political Superstar, 1947-1963 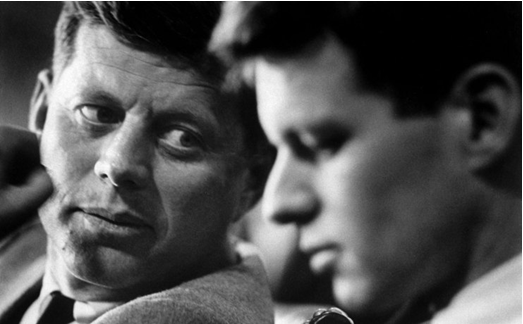 The Kennedy-Nixon Debates: When TV Changed the Game

JFK on the Campaign Trail, 1960: Photos of a President in the Making 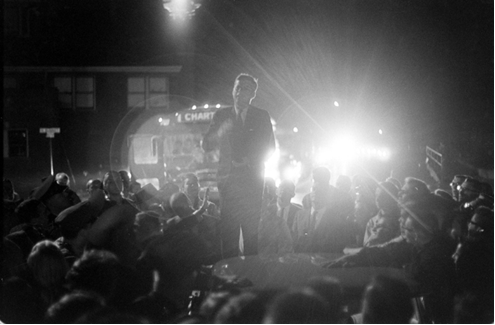 JFK in Texas: Photos From Before and After the Killing of a President

JFK’s Assassination: Portrait of an Era When Newspapers Mattered

Beyond Zapruder: Photos By Nine Witnesses to History, Nov. 22, 1963

“Powerful, enduring relationships can sometimes develop between a photographer and his or her subjects. Such was most definitely the case with LIFE’s Alfred Eisenstaedt and the luminous Italian movie star Sophia Loren. Over the course of their decades-long friendship, Eisenstaedt would take countless pictures of the Oscar-winning legend — most of which never made it into the pages of LIFE magazine (and many of which were never intended for the magazine).

Loren appeared on LIFE’s cover seven times through the 1950s and ’60s.”

Here are some of these great shots:

“Long before the heady, rock star-like run for the White House, before “Ich bin ein Berliner,” before the Cuban Missile Crisis, the pillbox hats, Marilyn’s “Happy birthday, Mr. President,” Camelot and the limo drive through Dallas, John and Jackie Kennedy were a young newlywed couple much like any other newlywed couple — with one notable difference: by the time of their wedding they were, in a sense, already superstars. 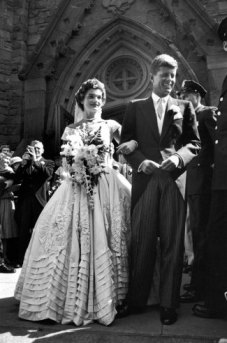 The pair had appeared on the cover of LIFE magazine mere months before their wedding, in July 1953, perched on the sloping deck of a sailboat off of Cape Cod, both of them smiling, windblown, emphatically New England-y, beside the cheeky headline, “Senator Kennedy Goes a-Courting.” They were both from prominent, monied, influential families, and they were frequently, together and apart, featured in what are still occasionally called the “society pages” of major newspapers.

When they married in Rhode Island on September 12, 1953, it was national news. LIFE magazine sent photographer Lisa Larsen, then in her late 20s, to cover the highly pub

licized event. Her photos from the occasion offer not only a solid before-and-after record of the nuptials, but a surprisingly intimate chronicle of one of the most high-profile American weddings of the 20th century. Here, on the 60th anniversary of John and Jackie Kennedy’s wedding, LIFE.com presents a gallery of the very best of Lisa Larsen’s many pictures from that day.

For its part, LIFE magazine reported on the scene in an article in its September 28, 1963, issue titled, “The Senator Weds”:

The marriage of Washington’s best-looking young senator to Washington’s prettiest inquiring photographer took place in Newport R.I. this month and their wedding turned out to be the most impressive the old society stronghold had seen in 30 years. As John F. Kennedy took Jacqueline Bouvier as his bride, 600 diplomats, senators, social figures crowded into St. Mary’s Church to hear the Archbishop of Boston perform the rites sand read a special blessing from the pope. Outside, 2,000 society fans, some come to Newport by chartered bus, cheered the guests and the newlyweds as they left the church. There were 900 guests at the reception and it took Senator and Mrs. Kennedy two hours to shake their hands. The whole affair, said one enthusiastic guest, was “just like a coronation.”

One phrase associated with the Declaration of Independence, meanwhile — “the pursuit of happiness’ — has long been something of a sticking point in any discussion of what our unalienable rights really are. Here, on the heels of TIME magazine’s special summer double-issue organized around that very theme, LIFE.com recalls a feature from LIFE magazine almost exactly 65 years ago, when the editors convened a round table of heavy thinkers to tackle the slippery question: What does the “pursuit of happiness” actually mean? 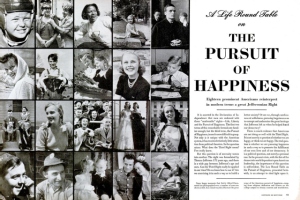 For millions of people all over the world, running is such a natural, enjoyable and even somewhat addictive form of exercise that it can be jarring to encounter photos that remind us just how weird it is. After all, if walking is a form of “controlled falling,” as one well-known description has it, then running can perhaps be characterized as an endless series of narrowly averted catastrophes. Bipedal hominids strolling casually around their environment is evolution in action; hominids jogging for miles at a time, or sprinting at breath-taking speeds for hundreds of yards, is something else entirely.

Whatever the reasons, on National Running Day LIFE.com offers photos by a pioneer of stroboscopic photography, Gjon Mili, that neatly illustrate the melding of grace and power one applauds — but rarely ever really examines — in the very best runners. Granted, most of these pictures are of speed rather than distance runners, but the elemental beauty, the smooth flowing movement of the enterprise pertains to virtually all types of running.

(There are, however, differences in the temperaments of different types of runners. For exmaple, as Ian Holm’s character, the trainer Sam Mussabini, points out in Chariots of Fire, sprinting is a sport “tailor-made for neurotics.”)

“There’s an art to writing magazine cover lines — those enticing blurbs of text that, when all goes well, tell readers what stories or features to watch for inside. Editors agonize and argue not only over what articles make the cover, but how to best highlight those articles that make the cut. The cover story itself, of course, gets an awful lot of attention, but quite often there are two or three (and sometimes more) features that merit prominent mention.

Finding a way to somehow, simultaneously, create a hierarchy among the various cover lines — this one is very important; this one is perhaps a tad less so; this one, meanwhile, is just kind of cool — while also making sure that all of the stories get noticed is among the trickiest balancing acts in all of  publishing. When it works, it’s beautiful. When it doesn’t … well, things can get confusing, and unintentionally comical, right quick.

On April Fools’ Day, LIFE.com takes a friendly look at a number of LIFE magazine covers through the years that featured some jarring — and frequently humorous — disconnects between cover photos and cover lines for other stories in the very same issue. Marilyn Monroe and UFOs? A slow, huge-eyed primate and Winston Churchill? Dean Martin, Jerry Lewis and germ warfare? Here, in all their oddball wonder, are early examples of media mash-ups that, decades later, still have us scratching our heads — and smiling.”

“As an added bonus, for no other reason that that we like it so very much — and because it’s so very strange — we’ve also chosen to include the cover of the April 26, 1937, issue of LIFE: the only cover among literally thousands published by the venerable weekly not to feature the distinctive red and white LIFE logo in the upper left-hand corner. The reason for the logo’s exclusion? According to a note from the editors that appeared on the issue’s table of contents page, the LIFE logo “was not boldly superimposed on this week’s cover because that would have spoiled the composition” of Torkel Korling’s striking portrait.”

“All these years later, we find it impossible to argue with that logic. The White Leghorn Rooster — proud, defiant, inscrutable, unblinking — stands alone.

Here is my own humble tribute to Pandit Ravi Shankar:

Among the songs that he composed for Hindi Films, Hae Re Woh Din Kyun Na Aaye (Anuradha), undoubtedly, would be the one that would come up any time into my mind:

Here is  clip of of his one of the many classical performances, Raag Rageshwari:

Of course, he chose to play several other, usually not very poular, raags. That was his inner creative urge, and perhaps, his non-conformist core.